Part of the cytoskeleton of epithelia and cells derived from them consists of cytokeratins. These interrelated polypeptides are divided into two groups, namely acidic and basic peptides. To date, 20 cytokeratins have been characterized in more detail and their expression in different cell types has been studied. The molecular weights range from 40 to 69 kDa. Each epithelial tissue shows a specific and stable expression pattern of cytokeratins.

A nomenclature of cytokeratins used for immunohistochemical studies was outlined by Moll et al. (1982). Cytokeratin 20 was discovered and characterized at a later date (Moll et al., 1990 and 1992).

The expression of CK-20 varies with the type of carcinoma. Neoplasms that express CK-20 are always derived from tissues that also normally produce CK20. Colon rectal carcinomas regularly produce CK-20, while this is true to a lesser extent for adenocarionms of the stomach.
It is also expressed by adenocarcinomas of the gallbladder, bile ducts, pancreas, and mucinous ovarian carcinomas. Particularly intense staining is obtained in Merkel cell carcinomas of the skin.

Adenocarcinomas of the breast, lung, endometrium, and nonmucinous tumors of the ovary are usually negative. Also negative are small cell lung carcinomas (SCLC) and endocrine tumors of the intestinal tract and pancreas.

Reagents sufficient for about 50-100 tissue sections

Differential identification is aided by the results from a panel of antibodies. Interpretation must be made within the context of the patient’s clinical history and other diagnostics tests by a qualified pathologist.

For Research use only. Not for use in diagnostic procedure! 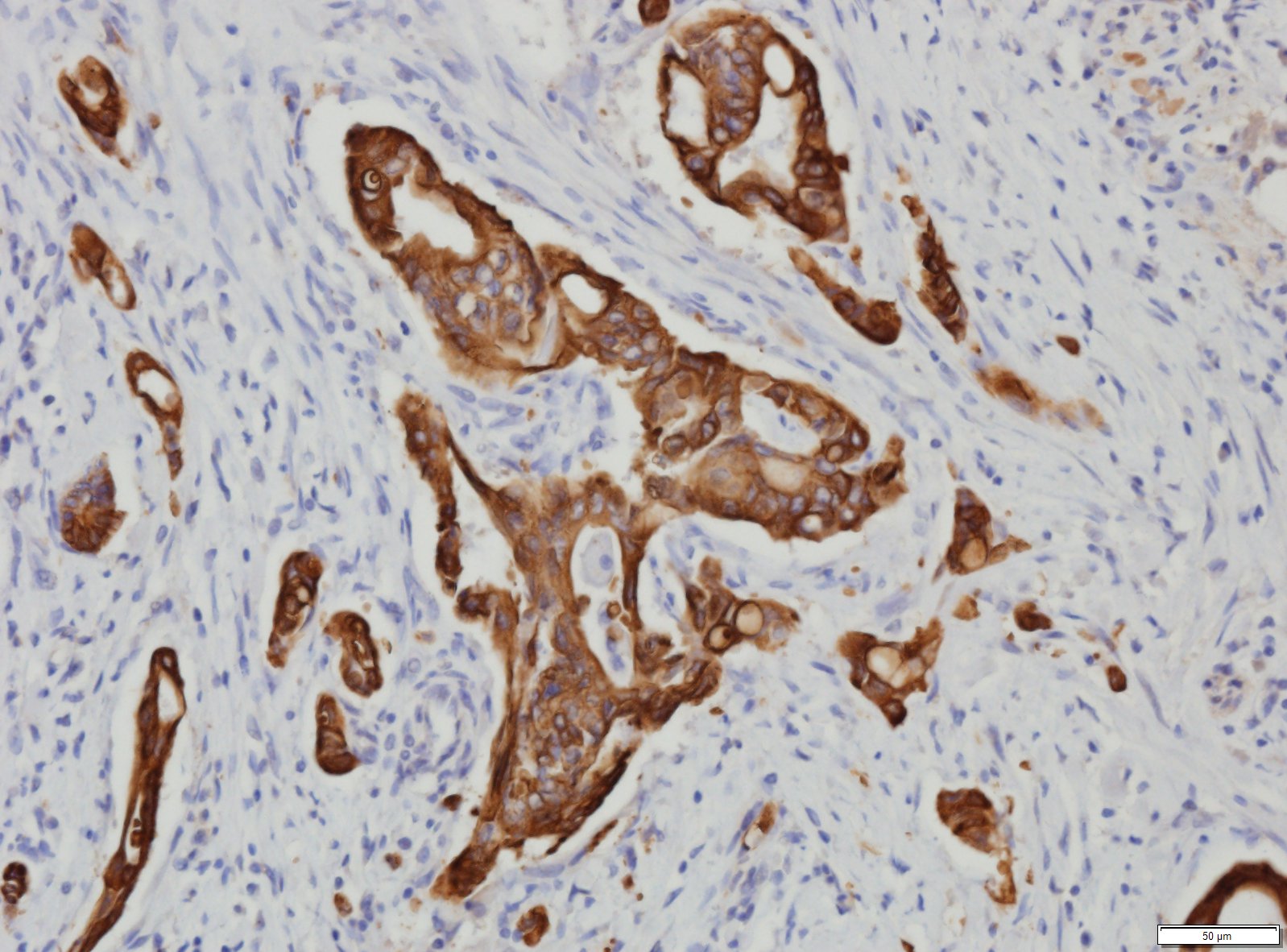